It’s been a while since either of us posted anything… I have followed in the family tradition and (perhaps rather predictably to anyone that knows us) become a teacher. I have spent these past few months trying to get my head round a) how to teach, b) how to teach and c) how to teach. Oh and also how anyone my age can possibly be trusted with the education of the next generations. Anyway, what with starting a full time job, moving cities and having yet another rubbish oven, baking has been rather low on my list of priorities.

However, this week was my housemates birthday and there was no way i was letting her get away without celebrating. Evie is an english teacher and, like me, loves her music. Our spare room is home to her electric piano and her iPod is always filling the house with various genres of songs. I decided that a musical theme would be perfect for her cake. I had made Mark (my brother) a musical cake for his last birthday and decided that Evie would love a similar one. 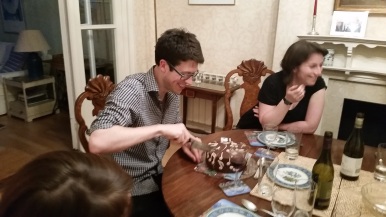 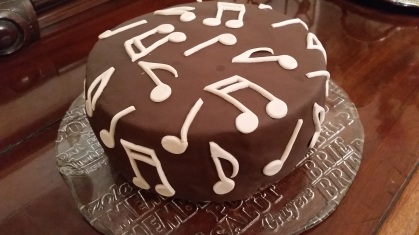 For Mark’s, I did layers of white chocolate and dark chocolate cake with a filling of Nestle’s Vice-Versas to make it extra special. 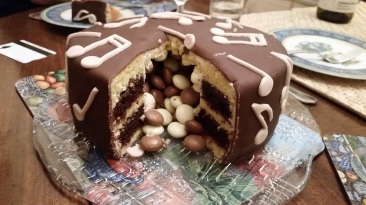 However, i did not feel the white chocolate cake added anything, it was just over sweet and no real flavour. So, for Evie, i decided to go with a mocha theme and made chocolate and coffee cakes with a mocha buttercream in between. 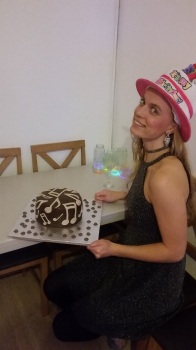 I bought these cutters which are a bit fiddly but well worth the effort. There are 3 different sizes of note which makes for simple variation. 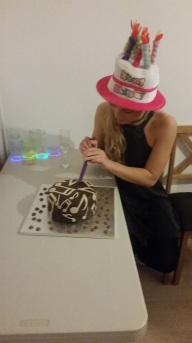 I used chocolate fondant icing which you can buy from Tesco’s and Sainsbury’s to cover the cakes. I find this adds a lot to the taste because it is flavoured and not purely sugary. To make the ivory coloured notes I added a little of the brown icing to some white fondant just to take the edge off them. Evie’s surname is Star and hence I filled the cake with Magic Stars. Little personal touches like that always give a cake the extra edge. 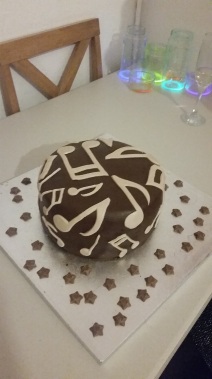 If you are unsure as to how to create a piñata cake then the instructions are on this previous blog.

Sorry it’s been so long since we last posted but life has been so busy! I know that Ruth has been busy baking and has many fantastic cakes to write about but finding the time is difficult. We will try and catch up over christmas. For anyone that is interested Ruth has a recipe published in the latest Clandestine Cake Club recipe book for her foolproof chocolate recipe, we are going up in the world! 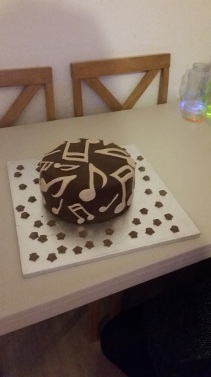