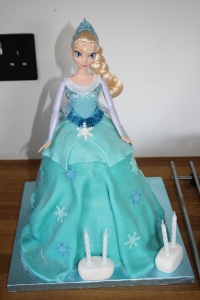 I recently found myself pondering about what cake I will make for my daughter’s 5th birthday party, and I realised I hadn’t yet blogged about her 4th. Eeek! So, 8 months late, but better late than never! “🎶Can’t hold it back anymore🎶”.

Like pretty much every 4 year old girl, my daughter was desperate for a ‘Frozen’ party (latest Disney craze). She had a couple of friends over to our house on her birthday and, as usual, I got carried away with the ‘theme’.❄❄❄❄ ⛄

I made this lovely Elsa cake with the help of my sister Anna. It was pretty straight forward, although the final details took me a long time! “Where shall I put this last snowflake?!?!” (screams at midnight). ❄❄❄

I had to make the cake pink….that was my daughter’s request. 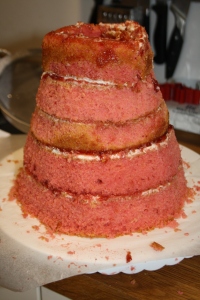 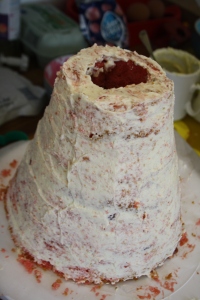 I bought duck egg blue Renshaw fondant, as it was pretty much the right shade (I messed about with the colour a bit, but it was much easier than starting with white). 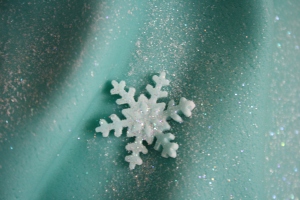 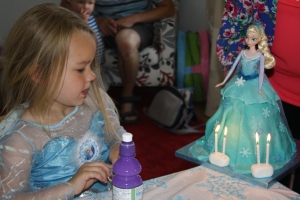 Elsa doll was thoroughly wrapped in clingfilm before going in the cake! 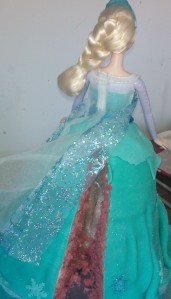 I made various ‘Frozen’ themed treats for their party lunch. No Frozen party would be complete without ‘ice’ (blue jelly), ‘snow’ (ice cream), ‘snowmen’ (marshmellows) and snowflake sprinkles! 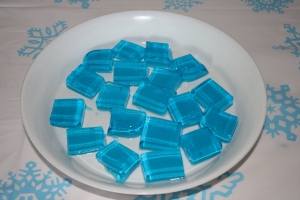 To make the blue jelly into blocks, I followed the instructions on the pack and poured it into a small, square baking tray. I cut it into blocks once it was set, then left it into the fridge again, to firm up as blocks. The children loved building icy towers and generally playing with their food, before gobbling it up! 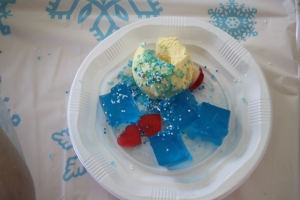 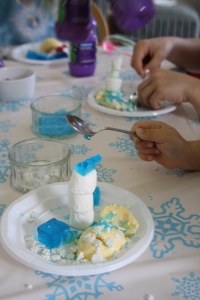 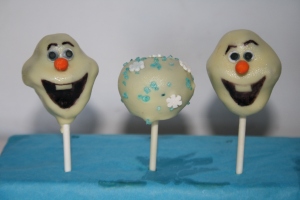 I organised a few Frozen inspired games and activities:

– Pass the snowball (pass the parcel, but wrapped up in blue and white tissue paper) 🎁

– Musical Trolls (curl up like a troll when music stops) 🎶

– Corners (picture of 4 characters from the film, one in each corner of the room. Run to the one I shout out. Include other instructions like ‘make icy powers’, ‘freeze’, ‘curl up like a troll’, ‘curtsey’ etc) 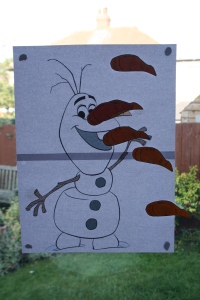 Pin the carrot on Olaf

– Melt Anna’s Frozen hearts.❤ This involved freezing Haribo heart-throbs into ice cubes. Put all the cubes in the middle of the table. Give each child a plate. They melt as many as they can on the plate and in their hands, until all the ice cubes are gone. Afterwards, they count and eat the hearts they have thawed. I made enough for each child to melt approximately 6. They loved it, and it kept them quiet for a few minutes!💙

“❤Only an act of true love can thaw a Frozen heart❤” 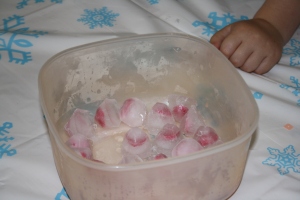 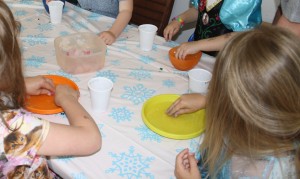 I bought some plain blue boxes and stuck printed off snowflakes onto them. Inside I included various treats, including a bag of ‘hearts’ and a piping bag, filled with bits and pieces to build an edible Olaf.⛄”Do you wanna build a snowman?” 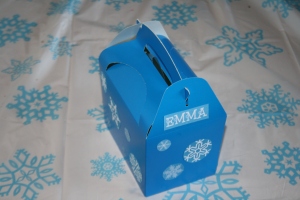 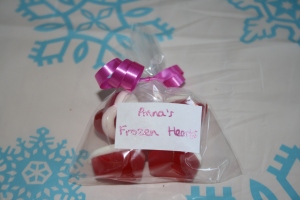 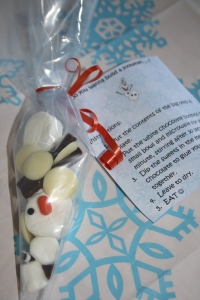 Do you want to build a snowman…? 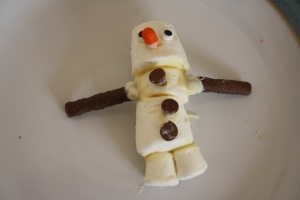